The Science of Belief

I should be working instead of blogging...

I’ve been reading a book called The Believing Brain: From Ghosts and Gods to Politics and Conspiracies

The following questions on global climate change are designed to determine the scope of public opinion on the subject. Please see the previous post explaining why I am doing this. I would be very appreciative if you would copy and paste the questions into an email message, answer them, and send them to me. Or, leave responses as comments below. Please rest assured that all information will remain anonymous, and all opinions are welcome.

1-         Please describe your beliefs on global climate change. Do you think the planet is getting warmer? And if so, do you believe this is occurring because of human activities?

4-         How do you obtain news and information? Is there a particular media source that you watch or read regularly?

5-         Are you familiar with the UN Intergovernmental Panel on Climate Change? If so, what is your opinion of the group?

10-       If you do not believe humans are contributing to global climate change, why?

11-       How serious do you believe global climate change is? Not serious at all? Slightly serious? Very serious? Or critical?

12-       What is your opinion of people who have views different to your own? And how would you describe your willingness to communicate with people with opposing views?

13-       Do you believe that the climate change issue is a scientific one or a political one? Why?

14-       Do you think that regulation and investment in alternative energy will be good or bad for the ? Why?

15-       How adamant are you about your views? Could any information change your mind?

Imaginary Boundaries and Their Impact on Planet Earth

There are no boundaries in nature. Where one habitat butts up against another, rather than demarcation, unity takes place. Where the lapping waves brush against sand or the low expanse of prairie rises abruptly to the linear heights of woodland, ecological values are amplified rather than diminished. The margins, or “ecotones,” as they are known scientifically, are places where ecological magic happens. 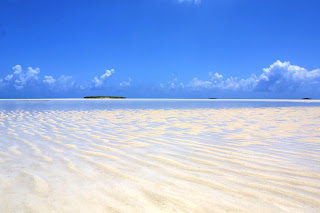 In nature, everything is connected to everything else. A Kirtland’s warbler flies out of a temperate forest and travels thousands of miles to spend the winter on a tropical island. A molecule of water from a deep ocean trench traverses the expanse of the globe, evaporates into the air, rains down onto land, flows into a river, is absorbed by the roots of a sycamore tree, eaten by an insect, and so on. A mahogany tree in the Amazon forest exhales oxygen that is breathed in thousands of miles away in by a Wall Street banker. Increased radiation levels from a nuclear bomb test in are detected in Mumbai. Humans unearth and combust fossilized carbon, raising atmospheric carbon dioxide to levels unseen in hundreds of thousands of years.
There are no boundaries in nature. Even the visual distinctions that separate the individual from the rest of the world are merely an optical and egotistical delusion. The envelope of skin gives the illusion, but not the reality of containment. Everything that comprises a body is in a constant state of flux with the outside environment. Food, water and air are consumed. The energy contained within the bonds of carbohydrates are metabolized with oxygen and then expelled as carbon dioxide. The nutrients from the animal, vegetable or mineral ingested are incorporated into tissue and bone. Byproducts are released in breath, urine excrement. What we were last week, we are not today, and next week, we will yet again be something else.
Just as matter and energy pass in and out throughout individuals and ecosystems as casually as water flows downstream, it is again picked up, used and reused in an endless, repeating cycle. There is no beginning and no end, no straight lines, in nature.
There are no boundaries in nature, but for some reason, one species Homo sapiens, is intent on creating them. In a brilliant paper “Rubbish and Racism,” Timothy Weiskel (one of my professors this summer) outlines the human cultural phenomenon of boundaries. Weiskel describes the human paradox, “While nature draws no boundaries between elements in an ecosystem, a human society which occupies a particular niche within the total system has no meaning without them.” In other words, we define ourselves in terms of boundaries. We are Americans, Christians, Muslims, atheists, Afghans, male or female, contained within lines drawn on a map and within our own minds.
The problem with boundaries is that they define separation, marking all that fall outside the accepted lines as “others.” Western Civilization exists upon the earth rather than within it. We put up fences, walls and cities, keeping nature and savages out and protecting that within from the pesky intrusion of the world. We stockpile arms, draw lines in the sand, demonize and despoil to protect the boundaries of our imaginations. Any breach threatens to undermine our very identity.
But we can’t escape our real connection to the outside. We require nature for our very survival, so we expand beyond our boundaries and consume. We consume and consume and consume, until there’s nothing left. When we are done, we toss the garbage over the wall, imagining our phony boundary will protect us from the evils of our own spoils. And then we move on to the next location. But, there are no boundaries in nature.
We have dumped our crap into the oceans, and they are dying. Where are we going to get more fish and oxygen? We have belched our exhaust into the skies that now threaten to smother us with heat and smog. Where are we going to get more air and a decent climate to live in? We have closed up our minds with dogma and mythology so tightly that we are blinded by our own folly. Where are we going to get solutions to solve the problems we have created from within our sequestered minds? We need to dwell in the ecotones.
There are no boundaries in nature.
Posted by killing Mother at 12:01 PM 10 comments: