In his epic new work Half-Earth, renowned biologist Edward O. Wilson opens with the most poignant description of humanity I have ever seen:

Storyteller, mythmaker and destroyer of the living world. Thinking with a gabble of reason, emotion and religion. Lucky accident of primate evolution during the late Pleistocene. Mind of the biosphere. Magnificent in imaginative power and exploratory drive, yet yearning to be more master than steward of a declining planet. Born with the capacity to survive and evolve forever, able to render the biosphere eternal also. Yet arrogant, reckless, lethally predisposed to favor self, tribe and short-term futures. Obsequious to imagined higher beings, contemptuous toward lower forms of life. 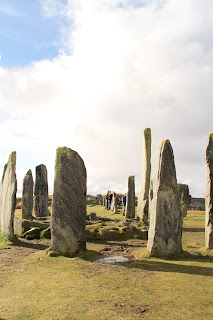 Our brilliant, maniacal, misguided species is now caught in the downward spiral of a sixth extinction of our own making. Legend has it that Emperor Nero played a fiddle while Rome burned, and so it goes with empire and emperors. While we fiddle away, the earth is burning. Concurrently, a majority of Americans obsess in front of the television about this year's election cycle and the tragically predictable narcissist candidate who perfectly mirrors the worst of humanity and American culture. Meanwhile, the country's newest batch of voters genuinely engages about the smoldering future we are handing them.

My children are called "Millennials," often disdainfully with regard to their political views. They are seen as a rambunctious rabble of anarchists intent on undermining the establishment, for better or worse. It is true that the older we get, the more set in our ways we get. The "older and wiser" set look to "stability" and maintaining the status-quo, although those two terms are no longer mutually inclusive. We have the luxury of complacency, as we live off the fat proceeds of a raped Earth. My children, the Millennials, do not. We have tried to be good parents, but in our scramble to make money and achieve the good life for ourselves and our progeny, we overlooked the most important requirement of life. An organism needs an intact habitat within which to live. We raised our young to think critically, act globally and challenge assumptions, while simultaneously running roughshod over that which actually sustains them, our universal parent and habitat, the earth.

Our greed, selfishness, blindness and blatant willingness to ignore facts has led to Donald Trump and an increasingly unstable planet, with global end game thresholds perched precariously on a shockingly visible horizon. This is the gift we have bequeathed to our children. The least we can do is take their voices seriously.

Posted by killing Mother at 9:44 AM 6 comments: